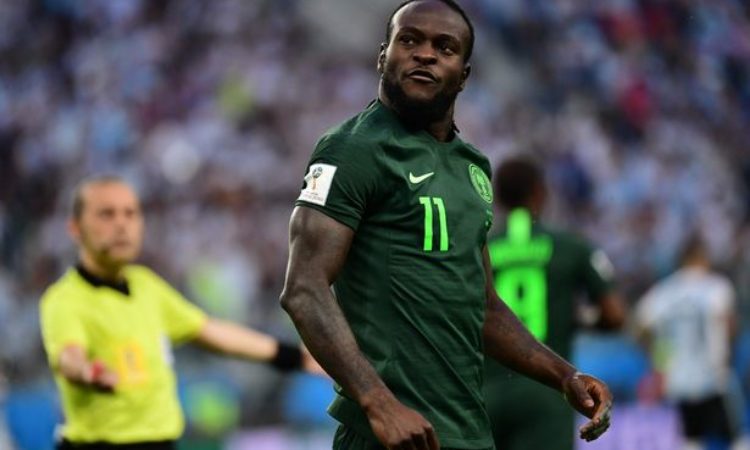 Super Eagle’s coach Genort Rohr has urged Victor Moses to reconsider his retirement decision ahead of the 2019 African Cup of Nations showpiece.

Moses surprised football supporters with his shock retirement announcement with focus on his club career as his reason. Rohr however is hoping that the AFCON brings back the spark for the Chelsea player to make a U-turn on his decision.

Genort Rohr in his interview with the media said: “We spoke already and I hope that his decision is not definitive”. “I think it depends on his motivation. If he really wants to commit himself again, he is welcome”. “Maybe the chance to win the AFCON is motivation. We will see.”

Victor Moses have established himself as a consistent player for the Nigerian national team since his arrival in 2012. The Chelsea man was instrumental in the national team’s 2013 AFCON success as well as the consecutive appearance in the 2014 and 2018 World cups. He has featured 37 times with 12 goals for the Super Eagles.

Genort Rohr is today expected to release his squad list for the 2019 AFCON qualifying match against Seychelles on September 8. Team Camp will open on the 1st of September before they leave for the country.