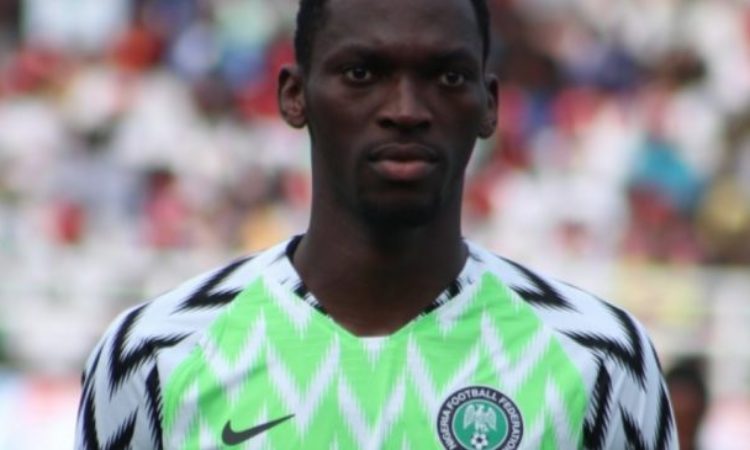 imeon Nwankwo have continued to relieve himself of pressure despite his fairytale arrival to the Super Eagles camp. The center forward who netted his first international goal for Nigeria in the friendly against Liberia in what is his third appearance for the country have continued to stay clear of the sight of the media. Nwankwo was introduced to the team in May but have turned out to be second choice hitman.

Simeon Nwankwo was able to convince Super Eagle’s tactician Genort Rohr of his credentials and this earned him a place in the squad that visited Russia for the 2018 FIFA World cup. The center forward despite been a backup to first choice hitman Odion Ighalo was still able to make an appearance on the big stage in the game against Argentina in their final game of the group stages.

The Nigeria international seems to be on the progressive end of the line in his club football career, as a commands a regular starting berth for Italian side Crotone, before the club’s relegation to the Italian second division.

Simy in his statement have made it clear that though he accepts the progressive nature of his football career, he is not allowing the hype to get to his head.

Nwankwo will be expected to compete with Odion Ighalo for starting spot in the Super Eagles team.