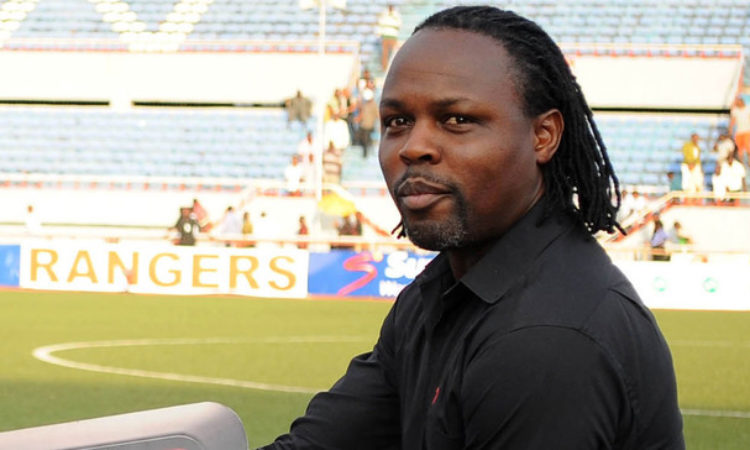 Super Falcons were fortunate to lift the title: Victor Ikpeba

Former Super Eagles forward and Football pundit Victor Ikpeba has criticized the performance of the Super Falcons at the 2018 African women cup of nations showpiece held at Ghana.

Thomas Dennerby coached the female team to their 9th trophy triumph in the continental showpiece by defeating the Bayana Bayana side of South Africa 4-3 on penalties after a full regulation time ended in a barren draw.

“You can’t fault the commitment of the girls but it saddens me that with the quality of players that we have, we can’t match Cameroon or South Africa. We needed penalties to defeat them. Even against Zambia and Equatorial Guinea, we won but it was tough,” Ikpeba said on Monday Night Football, a magazine show on Supersport.

“Asisat Oshoala had a disappointing tournament. We were fortunate to win the title. These countries we struggled against don’t even have women’s football leagues.

“People say you don’t have to play well to win but we should play with panache, we are the champions of Africa champions. We have great players like Oshoala, Ordega, Oparanozie,” the onetime AS Monaco and Borrusia Dortmund star stressed.

Ikpeba also expressed shock over the decision of the Confederation of African Football (CAF) to strip Cameroon of hosting rights for the 2019 African Cup of Nations.

“If Cameroon knew that Cameroon were not ready for the tournament, why award it to them in the first place,” the ‘Prince of Monaco’ asked.

“CAF could have been patient with Cameroon. They don’t need to have the most beautiful stadiums in Africa to host the Nations Cup.

“They have been deprived but I don’t believe that it is because the former CAF president stopped Madagacar, the country of the incumbent CAF president hosting of an U-17 tournament that this has happened,” Ikpeba concluded.