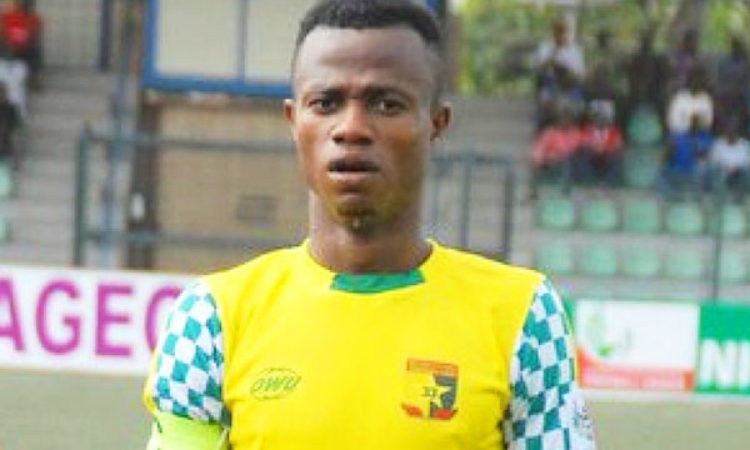 The Akwa united player on loan from Remo Stars bagged a total of five goals for the promise keepers last season in a league that ended abruptly.
Read more here

Super Eagles goalkeeper Francis Uzoho has praised the fans for their unflinching support in Eleche’s 2 nil win over Malaga in the Spanish Segunda division league last night which also happened to be his first team debut.

Uzoho moved on loan to Elche from fellow Segunda side Deportivo de la Coruna where he made his break last season before being retuned to the youth side to make way for more experienced goalkeepers.

Asisat Oshoala will return to the Super Falcons as League champion in China after helping Dalian Aerbin seal a third consecutive League title on Saturday following a 0-0 result against second placed Jiangsu Suning.

4. Bad News For Rohr, Eagles As Omeruo Limps Off Injured On Full Debut For CD Leganes

Kenneth Omeruo finally made his full debut for Leganes in their 1-1 draw with Valencia at the Estadio de Mestalla on Saturday evening.
The Nigeria international made his maiden appearance in the Spanish topflight before the international break against Rayo Vallecano  in a 1-0 win after replacing the injured Unai Bustinza just before the half-hour mark.
Read more here

Al-Nassr of Saudi Arabia attacker, Ahmed Musa has reeled out several reasons why he and his colleagues in the Super Eagles must beat South Africa in next month’s Africa Cup of Nations qualifier, footballlive.ng reports.