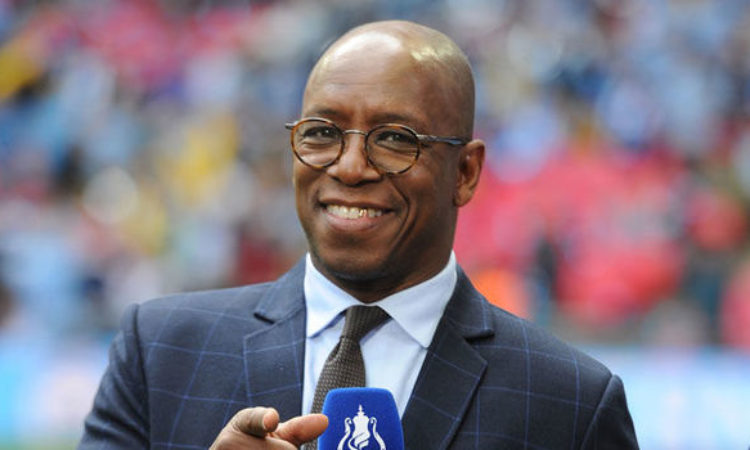 Arsenal legend Ian Wright reckons that Alex Iwobi’s brilliant start to the season played a part in Arsenal withdrawing the four-year contract they had offered to 2016 European Championship star Aaron Ramsey.
Iwobi emerged as the game-changer when he replaced the Welshman in the 63rd minute of the Gunners 2-0 win over Watford on September 29 and manager Unai Emery rewarded him with a place in the starting line-up in the last game before the international break while Ramsey was named amongst the substitutes.
Read more here

2. Playing in Tunisia would be a disadvantage for Libya – Barr Akinwunmi

Nigeria Football Federation (NFF) First vice president, Barr Seyi Akinwunmi has disclosed that Super Eagles would take advantage of playing the Libyans in Tunisia in the reverse fixture of the 2019 Africa Cup of Nations qualifier on October 16.

Both teams will be hoping to avoid defeat considering the fact that anything short of victory could jeopardize their chances of making it through to the bi-annual tournament slated for Cameroon.

3. The Reason Behind Super Eagles Late Arrival; Iheanacho, Ndidi Fly In From Lagos; 8 Players From Abuja

The recent political activities in the South South geopolitical zone is behind the Super Eagles travel woes ahead of their crucial Africa Cup of Nations qualifier against Libya.
The Nigeria Football Federation officially communicated to the twenty four invited players that they should be in camp latest Monday, October 8 but only four players Isaac Success, Troost-Ekong, Semi Ajayi and Daniel Akpeyi were sighted at the Ibom Hotel & Golf Resort, Uyo this morning.
Read more here

4. Injured Super Eagles Goalkeeper Ezenwa Will Be Given Until The Last Minute To Prove His Fitness

Enyimba goalkeeper Ikechukwu Ezenwa will be given until the last minute to prove his fitness when he links up with his international teammates for the AFCON qualifier against Libya.
Ezenwa was a surprise inclusion in the starting line-up in Enyimba’s Aiteo Cup quarterfinal loss to Kano Pillars on Sunday but had to be substituted in the first half after suffering a facial injury.
Read more here

5. Libya is not a threat to Nigeria – Rufai

Ex-international, Peter Rufai says he doesn’t take Libya as a threat that could stop Super Eagles quest of picking the maximum six points in a 2019 Africa Cup of Nations qualifier double-header clash.

Nigeria will face Libya on October 13 at the Godswill Akpabio Stadium in Uyo before squaring up again three days later, in an encounter that could determine the fate of both teams.