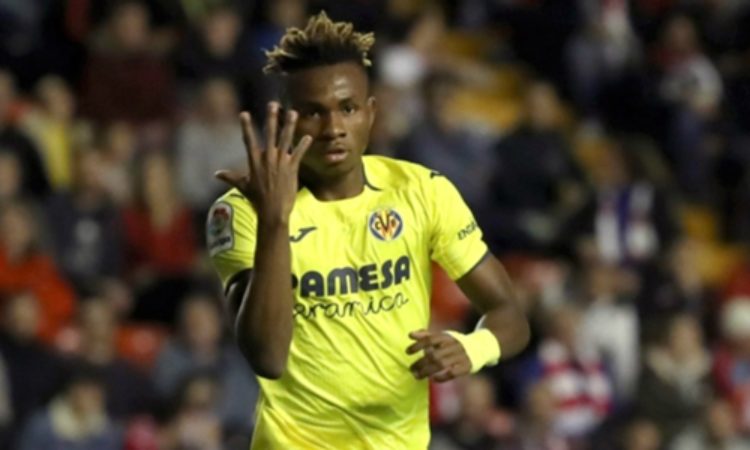 Samuel Chukwueze hopes he will get the chance to make his debut for the Super Eagles in Saturday’s 2019 Africa Cup of Nations qualifying fixture against South Africa, reports Completesportsnigeria. com.

With Eagles’ arrow head and recent top scorer, Odion Jude Ighalo ruled out of the away fixture due to injury, te race is on for who will take his place, but Success is top bet in terms of statistics and form.

Success’ all-round abilities, physicality and experience appear to give him an edge ahead of Victor Osimhen, Samuel Chukwueze, Kelechi Iheanacho and Henry Onyekuru for the top striker’s spot.

Bordeaux of France winger, Samuel Kalu, arrived the Super Eagles camp in Asaba on Wednesday to bring the number of players in the team’s camp to 23 ahead of their Saturday’s 2019 Africa Cup of Nations qualifying match against the Bafana Bafana of South Africa in Johannesburg, reports Completesportsnigeria.com.

Kalu missed the team’s first training session at the Stephen Keshi Stadium, Asaba due to his late arrival in camp.

Nigeria has lost only two matches against South Africa, but just one came in a competitive match, which was the 2-0 loss to Bafana Bfana in Uyo on June 10, 2017 at the start of the AFCON 2019 qualifiers.

The only other time Nigeria lost to SA was in the 2004 Nelson Mandela Challenge friendly match, in which Stephen Ayodele Makinwa scored on his Super Eagles debut, but South Africa won the match 2-1.