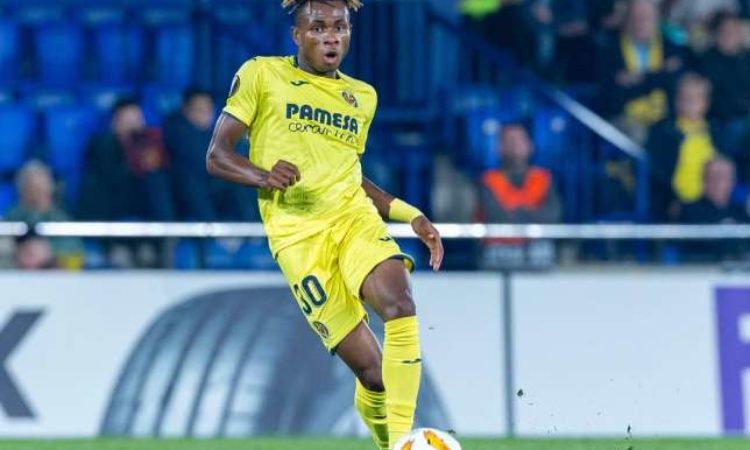 With several top clubs across Europe, including Atletico Madrid of Spain and Arsenal of England, said to be in the hunt for Chukwueze’s signature, footballlive.ng learnt Villarreal are now getting desperate to keep the youngster.

The new valuation of €80m might be considered outlandish by transfer market watchers, but that is exactly the point The Yellow Submarine aim to achieve in their efforts to keep Chukwueze.

Stefano Okaka is poised to depart Premier League side Watford, having arrived in Udine ahead of a medical with Udinese.
Tuttomercatoweb.com says that the striker is expected to undergo a routine medical with The Bianconeri Friuliani between today and Tuesday, January 8.
Read more here

3. Five Nigerian Players Who May Be Part Of 2019 AFCON Squad

Super Eagles head coach Gernot Rohr has revealed that he is keen to invite new players for the March 26 international friendly against Egypt at the Stephen Keshi Stadium, Asaba.

4. An Awesome moment for me in Senegal – Coach Emmanuel Amunike

“It’s an awesome moment for me to be here as a National team coach of Tanzania to cast my vote for the best African Footballer of the year, It gladdens my heart to be here.

I remember the year I won it as a player now am casting my vote as a National team coach, it’s a great moment for me.”

5. England Or Nigeria? Southampton Defender Who Looks Up To Iwobi, Aina Reveals Where His International Allegiance Lies

When put on the spot, Southampton wonderkid Oludare Olufunwa has admitted that he would be open to playing for the Nigerian National Teams if he’s invited by the Nigeria Football Federation.
Read more here
Post Views: 297