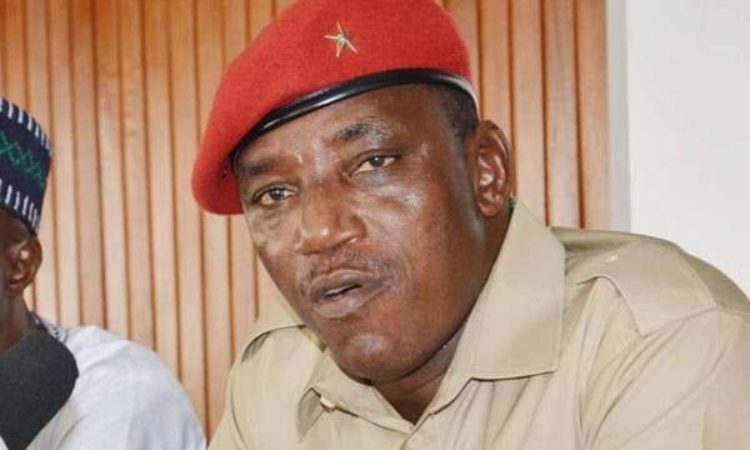 Sports Minister, Barrister Solomon Dalung has called for early preparation for the Super Eagles if the team must perform well at the 2019 Africa Cup of Nations in Cameroon.

Dalung stated this after Nigeria qualified for the tournament after holding South Africa to a 1-1 draw at the FBN Stadium in Johannesburg on Saturday, with a game to spare.

2. Balogun, Aina out of Uganda tie

The duo of Super Eagles defenders, Leon Balogun and Ola Aina have been ruled out of the team international friendly game against Uganda at the Stephen Keshi Stadium on Tuesday.

Balogun was part of the team that drew 1-1 with South Africa in a 2019 Africa Cup of Nations qualifier on Saturday in Johannesburg, in a match that saw Nigeria qualify for the bi-annual tournament.

Watford of England forward, Isaac Success has hailed the progression he and a few of the Nigeria players have made right from the Golden Eaglets (U-17) to the Super Eagles in such a short time, Complete Sports reports.

The South Africa national team recently played out to a 1-1 draw against Nigeria, and once again there is an air of negativity surrounding the team following the result.

While the result meant that the Super Eagles booked their place in next year’s continental showpiece event, Bafana Bafana are not under pressure as their hopes, dreams and perhaps for some, future hang in the balance.

Percy Tau’s stock continues to rise as the former Mamelodi Sundowns admirers continue to grow with Nigeria head coach Gernot Rohr the latest on that list.

The 24-year-old bamboozled the Super Eagles throughout their 1-1 draw against South Africa at FNB Stadium this past weekend, and delivered an especially eye-catching piece of skill to tee up Lebo Mothiba for Bafana Bafana’s goal.