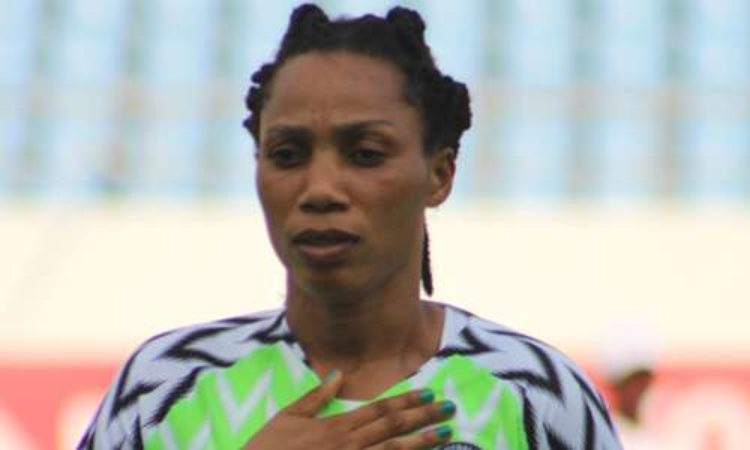 Top Nigeria Football News: Ebi: We Will Fight Like Lions On Saturday

Ebi, who captains the Falcons along with Rita Chikwelu said the team will now ensure that they not only beat Banyana Banyana, but make sure they teach their opponents a lesson that Nigeria has a better side.
She added: “We will fight lions, we will not only win, but show them that we are the better team than they are.
Read more here

Football followers believe the Eagles’ qualification for next year’s Africa Cup of Nations with a match to spare was not reflected by FIFA, as they drop by a spot in the continent and remain static on the world ratings.
Against all expectations that Nigeria would move much higher than the previous month’s third position placement in Africa, the Eagles dropped by a step on the continent, but remain non-movers on the global level.
Read more here

Allnigeriasoccer.com can exclusively report that promising Nigerian youngster Daniel Obi has agreed a two-year deal with English Premier League side Leicester City following a successful trial.
The central defender has moved a step closer to becoming a professional footballer after penning a scholarship deal with The Foxes on Thursday, November 29.
Read more here

Nigeria international Isaac Success is aiming to repay the faith shown in him after penning a new five-year contract with Watford this week.

The 22-year-old arrived the Hornets in July 2016 for a then-club-record fee and has gone on to make 35 appearances in all competitions, scoring four goals.

Nigeria and South Africa will rekindle their rivalry as they go toe-to-toe in the race for the Africa Women Cup of Nations title in Accra on Saturday.

The Super Falcons and Banyana Banyana have long been at each others’ throats in pursuit of prominence in the women’s game, but approach this game with very different track records behind them.