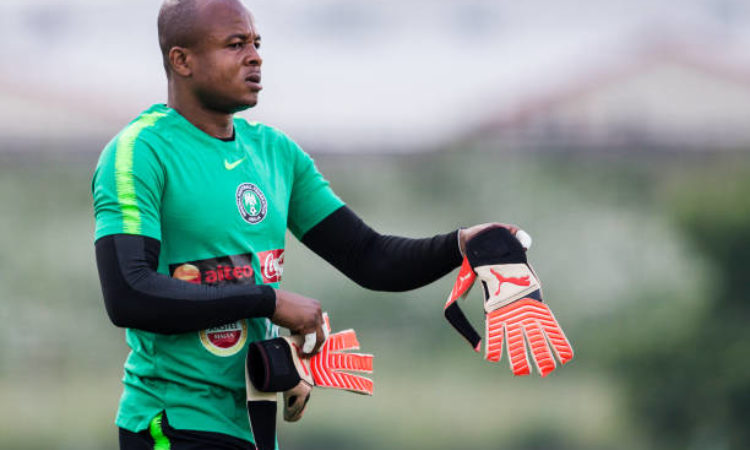 Ezenwa was with the Naze Millionaires for three years after joining them from Ocean Boys in 2008.

Since leaving Heartland in 2011, Ezenwa has had successful stints with a handful of other NPFL teams including; Sunshine Stars and Enyimba before lately pitching tent with Katsina United where he was all through last season. READ MORE

Technical Adviser of the Super Eagles, Gernot Rohr has submitted the Super Eagles team list for the September 10 international friendly between Nigeria and Ukraine to the Nigeria Football Federation, NFF, brila.net can authoritatively report.

Confirming to brila.net on Monday, the Franco-German tactician affirmed that he submitted the list last week Thursday.
“I did last Thursday our (Super Eagles’ team) list for September friendly. Normally we will play on the 10th of September. NFF will confirm this to the press later”,
Rohr also confirmed to our source that he has already started planning for the 2021 Africa Cup of Nations’ qualifying series starting in November this year that he is leaving no stone unturned to prepare his team for the task ahead, a reason for submitting a strong team list for the Ukraine friendly. READ MORE

Super Eagles star Alex Iwobi completed a move to Everton on deadline day, signing a five-year deal until the summer of 2024.
The transfer fee paid for the signature of the winger has not been disclosed by Everton and Arsenal, though 35 million pounds is the most recurrent fee being bandied about by the media. READ MORE

In a statement yesterday, the NFF disclosed that Coach Paul Aigbogun has chosen 18 players for the event. It added that the national U-20 team, which will represent the country at the event, has been training in Abuja for the past two weeks in preparation for Africa’s showpiece multi-sport event. READ MORE

In a bid to develop grassroots football in Nigeria, Premier League side, Remo Stars Sports Club (RSSC) has initiated football academies program across the country. The Shagamu-based club will be partnering with grassroots clubs in all the six geo-political zones of Nigeria. Read more