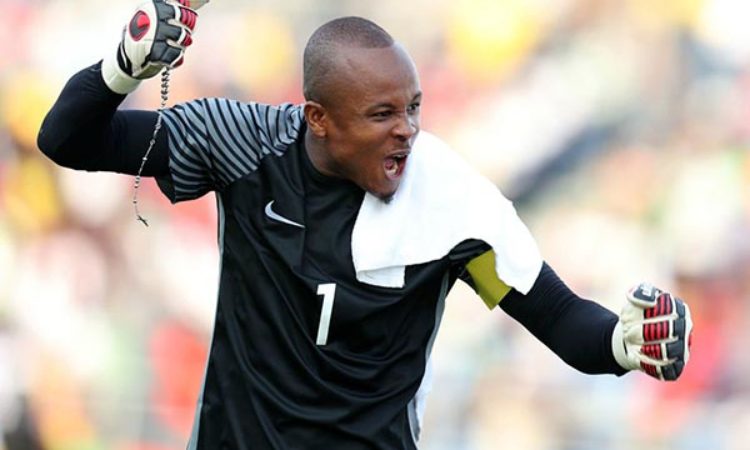 1. Goalkeeper Ezenwa Explains Why Super Eagles Want A Win Against Uganda In Friendly

Enyimba goalkeeper Ikechukwu Ezenwa has said that the Super Eagles are looking for a win when they face Uganda in an international friendly at the Stephen Keshi Stadium on Tuesday.
Ezenwa has echoed the statements of manager Gernot Rohr and captain Ahmed Musa, who had earlier stated that preparations for the Africa Cup of Nations have to begin now, bearing it in mind that the international match calendar is closed until March 2019 when they take on Seychelles in a dead rubber AFCONQ.
Read more here

The Cranes of Uganda in their last fixture against Nigeria were one nil winners at the nest of champions in Uyo and Lule is confident that the same feat can be repeated. “It is possible we beat Nigeria again. We are not here to pass time, we have a mission and that’s why we are here. We respect Nigeria and they are one of the best teams in Africa.

The Super Eagles will parade some of the biggest and brightest football players on the African continent but the Ugandan assistant coach insists that they remain focused and are not in Nigeria for fun. “We are playing the Eagles and not the individual, and we are also playing as Uganda and not as individuals so we are going to face the Eagles and not any individual player.”

The Football Association of Ireland have beaten the Nigeria Football Federation and English FA to secure the services of Southampton prodigy Michael Obafemi.
Speculation about the country the teenager will pledge his international future to ended once and for all after he made his competitive debut for Ireland in their goalless draw with Denmark at Ceres Park in Aarhus on Monday evening.
Read more here

The top five players listed by BBC for the 2018 edition include; Mohammed Salah of Liverpool, Thomas Patey of Atletico Madrid, Sadio Mane of Liverpool, Kalidou Koulibaly of Napoli and Medhi Benatia of Juventus.

5. Nigeria coach shocked by lack of support for Bafana

Cape Town – Nigeria head coach Gernot Rohr says he was surprised at the lack of support from home fans for Bafana Bafana in their clash over the weekend, at the FNB Stadium.

The Super Eagles secured qualification for AFCON 2019 – to be hosted in Cameroon – thanks to a 1-1 draw against Stuart Baxter’s men.