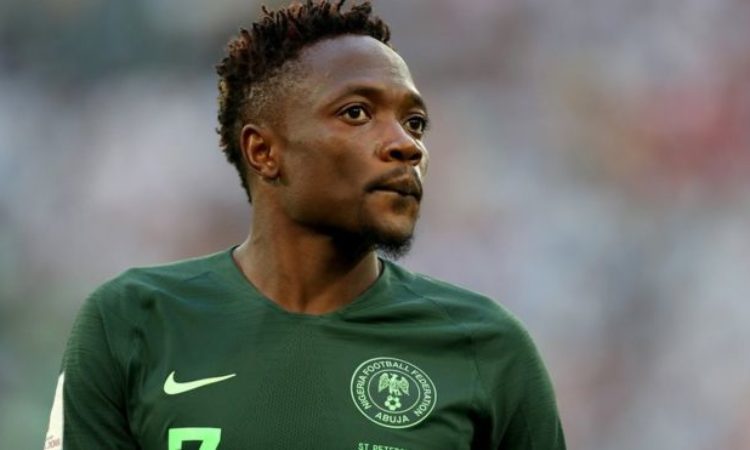 Thought Musa was not present at the Nigerian Sports Award last weekend to receive the award then.

The award was brought to the field and handed over specially by his excellency Governor Ifeanyi Okowa of Delta State.

2. ‘Uganda One Of The Strongest Teams In Africa’ – NFF President Proud Of Super Eagles Despite Draw

Nigeria Football Federation president Amaju Pinnick sang the praises of the Super Eagles in the wake of their 1-1 draw with Uganda in an international friendly at the Stephen Keshi Stadium in Asaba on Tuesday evening.
Pinnick poited out that Uganda are one of the rising forces of African football, having narrowly failed to qualify for the 2018 World Cup.
Read more here

The Cranes on Tuesday night, away in Nigeria played to a goalless draw with the Super Eagles in an international friendly, maintaining their clean sheet at the Stephen Keshi Stadium, Asaba.
Both teams created chances for goals but failed to convert them. The Cranes were missing goalkeeper Dennis Onyango and Farouk Miya. Salim Jamal started in goal and Moses Waiswa in the attacking midfield role.
Read more here

4. Midfielder features for 45 minutes for Nigeria…

The 23-year-old played the first half of the contest held at the Stephen Keshi Stadium in Asaba before being replaced during the half time interval.

Last night’s match was of course the second time the 23-year-old has played for his country during the current international break.

The Nigeria Football Federation and sportswear company, Nike, on Tuesday in Asaba, Delta State, signed a new partnership agreement that officials from both organisations termed “dawn of a new era.”

American kit company Nike had teamed up with the NFF in April 2015 following the departure of another global brand, but Tuesday’s contract is seen by both parties as the real deal. The agreement is for four years at the first instance, with an automatic renewal clause that will take the marriage to the end of the 2026 FIFA World Cup finals.