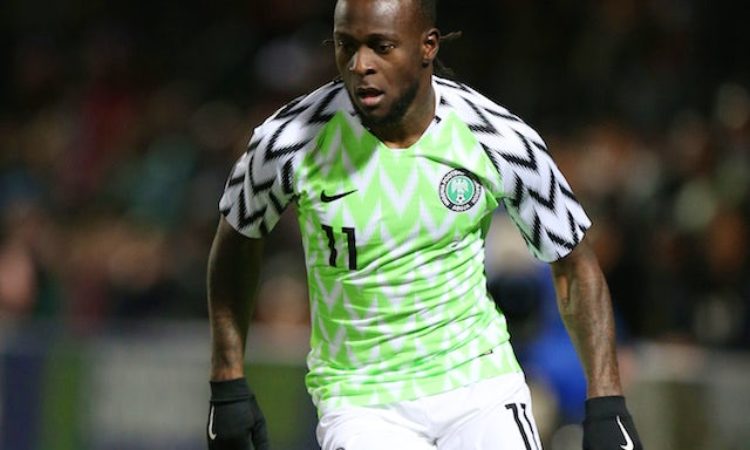 Chairman of the LMC and second Vice President of the Nigeria Football Federation, Shehu Dikko, has revealed that the NFF are planning to travel to London for talks with Chelsea winger Victor Moses over his decision to quit the Super Eagles at the age of 27.

Dikko stated that Super Eagles still need Moses in their ranks and went on to believed that Chelsea forward will bid farewell to The Blues in the January transfer window, permanently or on a temporary basis, due to his lack of playing opportunities.

Afelokhai, 30, helped the Aba Elephants reach the semi-final of the Confederation Cup, but insists his quality had never been a level below the form he showed in 2018.

Fortune smiled on the goalkeeper in the most footballing manner, when first choice goalie, Francis Uzoho was ruled out of Nigeria’s AFCON qualifying match against South Africa.

Nigeria manager Gernot Rohr will not be able to call upon injured trio Abdullahi Shehu, goalkeeper Francis Uzoho and Odion Ighalo when his side lock horns with South Africa on Saturday in an Africa Cup of Nations qualifier.
In addition to the three players on the sidelines, captain Obi Mikel has asked to be left out of the squad until further notice and Leicester City midfielder Wilfred Ndidi picked up a silly booking in the closing minutes against Libya in Sfax, which triggered an automatic one-match ban.
Read more here

The Africa Cup of Nations qualifier between South Africa and Nigeria this weekend looks like a big opportunity for Hapoel Beer Sheva’s John Ogu to start in midfield, with the suspension of Wilfred Ndidi and the nonavailability of Eddy Onazi and Obi Mikel.
One of the most experienced players in the team, Ogu has not started a competitive game for the Super Eagles since making the starting line-up against Uruguay in the 2013 Confederations Cup.
Read more here

5. Rohr eyes another ‘ticket with match to spare’

Technical Adviser, Gernot Rohr is countenancing a second feat on-the-bounce of qualifying Nigeria’s Super Eagles for a major championship with a match to spare.

The former Germany defender equaled a 20 –year old record when he led the three –time African champions to earn a slot at the 2018 FIFA World Cup finals after a 1-0 defeat of Zambia in Uyo on 10th October 2017 scripted Nigeria’s name on the roster for Russia ahead of final matchday.