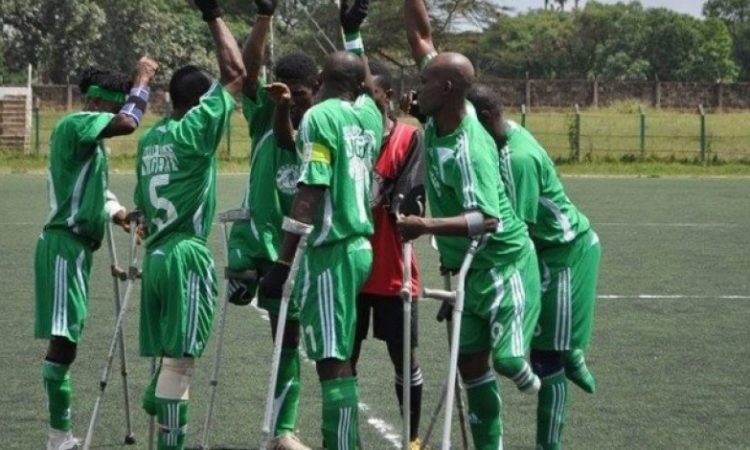 Nigeria’s amputee football team has missed the last three World Cups due to a lack of finances and with just three weeks until the Amputee World Cup in Mexico, the team has turned to a crowd-funding campaign to raise the necessary finances, reports BBC Sport.

Nigeria’s flagbearers in the CAF Confederation Cup, Enyimba of Aba now have a mountain to climb following their 0-1 home loss to Raja Casablanca of Morocco in the first leg of their semifinal tie yesterday.

They had good possession of the ball, as such when launching an attack the moved as a unit which made it difficult for the Enyimba have a firm defence area.

The opponent had lots of open chances lost which would increased the scoreline especially in the second half against Enyimba Fc.

Speaking to www.footballive.ng, Dare Ojo said, “Raja Casablanca were the better team on the day. They took their chance by scoring the only goal of the match and we were not even close to our best.”

He went on to say although Enyimba International were now in a disadvantaged position he and his teammates would still give their very best in the second leg in Morocco to qualify for the CAF Confederation Cup Final.

5. Moses Set For 15th Appearance In Europe As Chelsea Boss Indicates He Could Make Up To Seven Changes

Former Nigeria international Victor Moses is poised to make his fifteenth appearance in European club competitions when Chelsea take on Hungarian side Vidi at Stamford Bridge on Thursday evening.
Chelsea boss Maurizio Sarri has indicated that he could make up to seven changes to the starting line-up that drew 1-1 with Liverpool in the Premier League last Saturday, meaning the probability of Moses getting some minutes is quite high.
Read more here
Post Views: 384