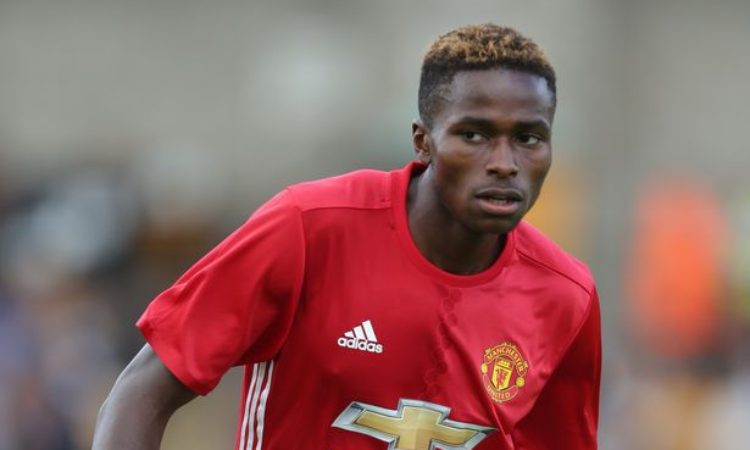 Versatile Nigerian defender Matthew Olosunde is very close to making his comeback for Manchester United teams, allnigeriasoccer.com reports.
The United States U17 World Cup veteran, who played for his country of birth in Chile 2015, has not kicked a ball this season due to a knee injury and missed a large portion of pre-season training.
Read more here

Nigerian midfielder Luke Amos could be out for the rest of the season after suffering an injury while representing Tottenham Hotspur’s U23 team in a Premier League 2 match last Friday.
Amos had to be substituted after 21 minutes against Blackburn Rovers and latest reports suggest he faces a long spell on the sidelines.
Read more here

3. JOHN OBI MIKEL LEFT OUT SO HE CAN RECOVER FROM INJURY

Nigeria captain John Obi Mikel has been excluded from their latest squad in order to recover from injury.

The 31-year-old has not played for the Super Eagles since the 2018 World Cup in Russia, leading to speculation over his international future.

4. I want Iwobi to be more aggressive – Emery

Arsenal boss, Unai Emery has said even though he has been impressed with the performance of Alex Iwobi so far, he’ll like the midfielder to be more aggressive in attack.
The Super Eagles player has been impressive in the EPL this term, he was crucial in Arsenal’s win against Watford last weekend.
Read more here

Nigeria’s sole survival in continental club competition, Enyimba FC look set to continue their fairy tale in the ongoing season as they attempt another stiff opposition from Raja Casablanca of Morocco.

Although the Nigerian representative may have surpassed their expectation so far in the abridged domestic season, the clash against Raja FC perhaps is the greatest challenge they will tackle this season.