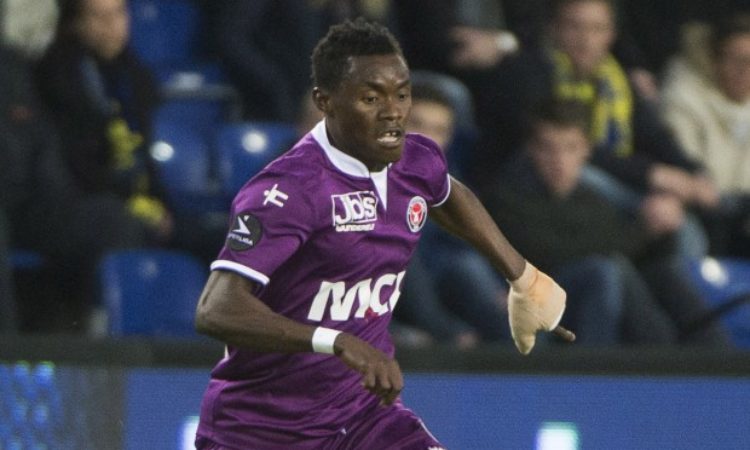 1. Nigerian Winger Rilwan Hassan Happy To Return After 8 Months On The Sidelines

Rilwan Hassan is delighted to return to action for FC Midtjylland after eight months on the sidelines in yesterday’s 2-1 win over Dalum IF in the third round of the Sydbank Pokalen.
The Nigerian winger came off the bench in the 77th minute as replacement for Evander, his first game for FCM since December 11, 2017, after recovering from a muscular injury.
Read more here

Impressed by Onazi Ogenyi’s recent resurgence at the club this season, Trabzonspor manager Unal Karaman has rated the Super Eagles’ star as one of his dependable midfielders ahead of Saturday’s clash against Kasimpasa, Completesportsnigeria.com can exclusively report.

It would be recalled that the Super Eagles midfielder opened scoring for the his club against Galatassaray in the third minutes in a match that saw his Nigerian compatriots Anthony Nwakaeme grabbed a brace as The Burgundy Blue ran away with 4-0 win.

Although Tomori is also elligible to play for Canada, he was a part of England’s winning team at the FIFA U-20 World Cup in 2017, but footballlive.ng gathered that the NFF believe he can still be convinced to play for Nigeria at senior level.

With that in view, top shots at The Glasshouse have already commenced moves to link up with the defender, who is on loan from Chelsea, and was in top form during Wednesday’s Carabao Cup shock victory against Manchester United.

4. Libya Accept To Play Eagles On October 13 In Uyo

Although Confederation of Afrircan Football (CAF) have been reluctant in ac cepting a request by Nigeria Football Federation (NFF) to have the first leg shifted to October 13 in Uyo, foootballllive.ng gathered that Libya are willing to accept the shift.
That, though, would also mean having to move the second leg in Tunisia to another date, but Lybia Football Federation (LFF) are again ready to do just that, meaning the reverse fixture could now hold on Tuesday, October 16.
Read more here

Okechukwu had been hoping of making a massive career revival at the Egyptian club, which had been touted as the latest moneybags squad in North Africa, only for their financiers to pull out unceremoniously.

The withdrawal of Pyramids’ main source of funding has now resorted in financial difficulties at the club, such that arlos Tevez, such that Okechukwu and many other foreign players in the squad might end up being the scapegoats.