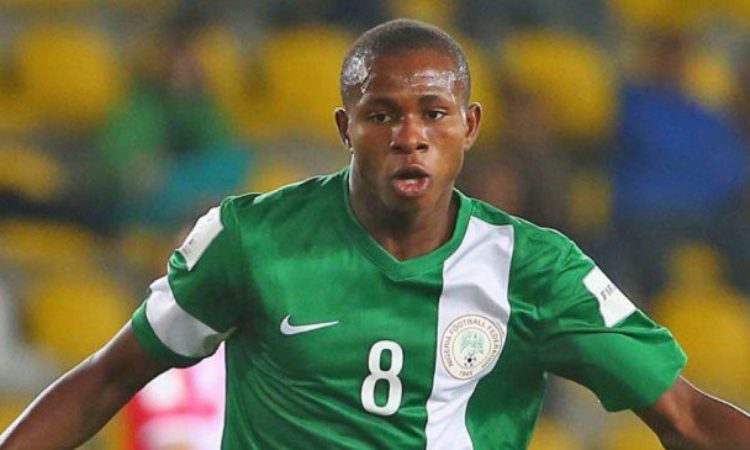 1. Samuel Chukwueze’s best is yet to come-Victor Osimhen

Osimhen, Kelechi Nwakali and Chukwueze were Nigeria’s brightest stars at the 2015 tournament and have since moved on to different clubs across Europe with Samuel Chukwueze recently becoming one of Nigeria’s most talked about young talent in the world.

The Villarreal star has scored a total of four goals for the club cut across the UEFA Europa League, Copa del Rey and in the Spanish La Liga in 12 appearances since making his first debut for the Club and his national team compatriot Victor Osimhen has revealed to Footballlive.ng that he is not surprised with his performance “The thing is that I’m not surprised that Samuel is standing high in Spain. I knew him from our U-17 days and I know the qualities he possesses.”

Promising Arsenal winger, Bukayo Saka has expressed his happiness after making his English Premier League debut for the club in their 4-1 win over Fulham in a London derby at the Emirates Stadium yesterday.

Having made the match day squad for a topflight game for the third time this season, the 17-year-old came on for compatriot, Alex Iwobi with seven minutes left on the clock for his debut, thus becoming the first Nigeria-eligible player born in this millennium to do so.

The 22-year-old becomes the club’s second January signing after the arrival of Guinea international Joel Keoulen Lamah on a free transfer.

Nogoom wanted to strengthen their squad in the January transfer window to improve their results in the second-half of the season as they currently sit 14th, only one point away above the relegation zone.

The 22-year-old, who arrives Aalesunds FK from Oslo club Kjelså, has penned a deal until the end of the 2020 season.
Read more here

Chelsea loanee Tammy Abraham is not returning to Stamford Bridge this month, according to manager Maurizio Sarri.
The Blues are facing an attacking injury crisis with France international Olivier Giroud picking up an ankle injury in the win at Palace while wingers Pedro and Callum Hudson-Odoi are struggling to overcome hamstring problems.
Read more here
Post Views: 723