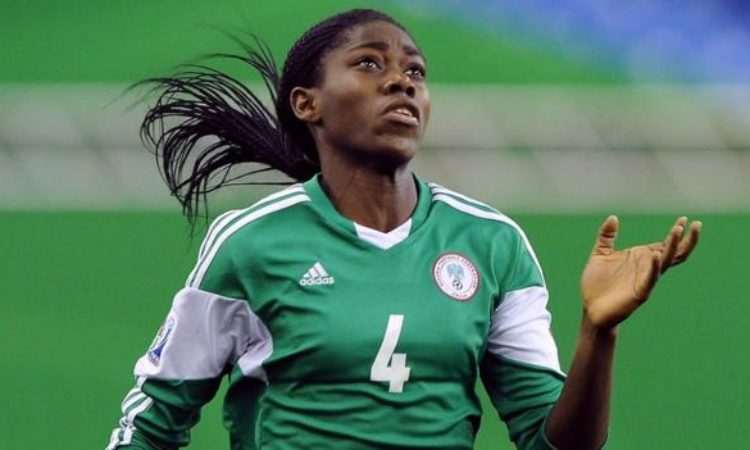 The poster girl of Nigerian football, Asisat Oshoala, has been named in 100 best female footballers in the world for 2018 by the Guardian UK.
The former Arsenal and Liverpool frontwoman was the only Nigerian player that made the cut which was selected by seventy-two judges from 30 countries.
Read more here

Leon Balogun played a massive role in Brighton & Hove’s 3-1 win against Crystal Palace on Tuesday, scoring his first goal in the Premier League in only his fourth appearance.
The Nigeria international is set to be named in the starting line-up for the Seagulls visit to Burnley on Saturday, with Shane Duffy not available for selection after he was shown a red card against The Eagles.
Read more here

President Muhammadu Buhari and Governor Okezie Ikpeazu of Abia on Friday witnessed the signing of agreement between the Federal Government and Abia Government on the establishment of Enyimba Economic City in the state.

Speaking at the event held at Council Chamber of the Presidential Villa, Abuja, President Buhari expressed the hope that the Economic City, when completed, would create job opportunities for a cross section of Nigerians.

Footballlive.ng can report that the Dalaian Quanjian of China attacker-cum-winger was also surprised that she was not named in the starting line-up for the AWCON 2018 all-stars’ squad.
Although the former Arsenal and Liverpool Ladies of England star admitted she was relieved that the Falcons still won the competition, she was surprised to score in only one match out of five.
Read more here

Okoye, who footballlive.ng gathered is rising fast through the ranks at Leon Aderemi Balogun’s former club, said he would be willing to don Nigeria’s green-and-white jersey should the opportunity come his way.
The 19-year-old shot-stopper said it would be an honour for him to play for Nigeria, though he was born in Germany and has spent all the years of his life in his mother’s country.
Read more here
Post Views: 432