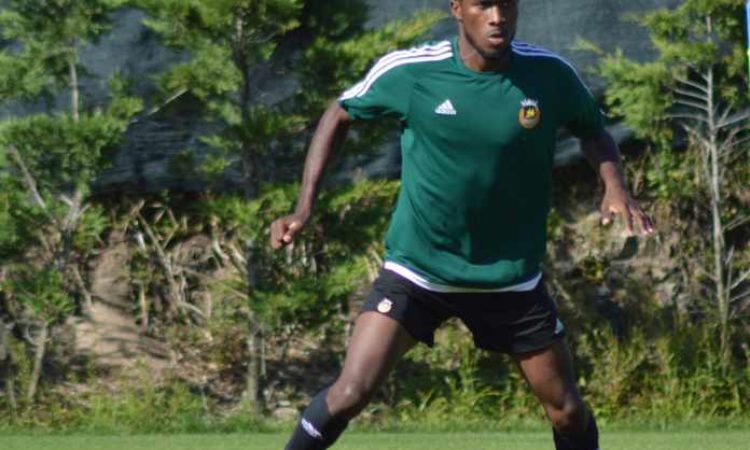 Top Nigeria Football News: Talented Nigerian Youngster Kelechi Wants To Be One Of The Best In The World

1. Talented Nigerian Youngster Kelechi Wants To Be One Of The Best In The World

Portuguese-based footballer Kelechi John, 20, has told allnigeriasoccer.com from his base that he is working hard to develop his game in an attempt to be one of the best footballers the game has produced in recent times.
The player who is tied to a lengthy deal with Primeira Liga side Rio Ave spoke about his game and the massive improvement he has attained since joining from Nigerian Professional Football League side Plateau United two years ago.
Read more here

Toulouse wonderkid of Nigerian descent, Temitope Akinjogunla will fancy his chances of making his professional debut for the French Ligue 1 club in the coming years after his recent promotion, allnigeriasoccer.com reports.
Born in Haute-Garonne, Toulouse, Akinjogunla is considered one of the finest young defenders at Toulouse Academy and was promoted to their U19 team ahead of the 2018-2019 season.
Read more here

The Croatia midfielder claimed the prize at the awards gala held in London on Monday evening, edging his former Real Madrid teammate and holder Ronaldo and Liverpool’s Salah who ended second and third respectively.

4. Why I took Dangote, Otedola To FIFA Award Night – Pinnick

The President of the Nigeria Football Federation (NFF), Mr. Amaju Pinnick, has spoken further on why he invited business moguls Aliko Dangote and Femi Otedola to the FIFA Best Awards ceremony in London on Monday night.

Dangote, who holds Nigeria’s second highest national honour (GCON) is the President of Dangote Group and is ranked as the richest person of African descent in the world.

Yobo was capped 101 times for Nigeria between 2001 and 2014 and says after his service as a sports man, he’s open to the idea of contributing more even through political leadership.

‘When you look at George Weah and what he has done, it is a massive achievement. He tried and failed, went to school came back and ran for office as Senator and now he’s the President of Liberia.