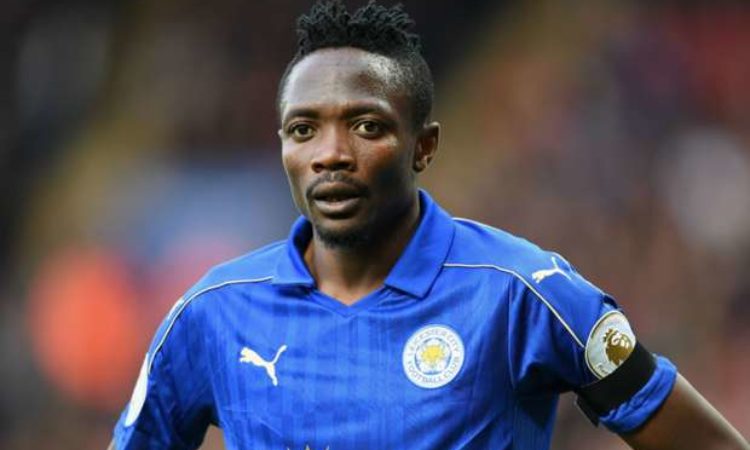 Top Nigeria Football News: ‘We Remember What South Africa Did To Us In Uyo’ – Revenge On Ahmed Musa’s Mind Ahead Of Showdown In Soccer City

1. ‘We Remember What South Africa Did To Us In Uyo’ – Revenge On Ahmed Musa’s Mind Ahead Of Showdown In Soccer City

Al-Nassr striker Ahmed Musa still harbors hard feelings ahead of the national team’s crucial Africa Cup of Nations qualifier against South Africa at the FNB Stadium (Johannesburg) on November 17.
The Nigeria number 7 would love to get revenge when the Super Eagles return to Africa Cup of Nations qualifying action as he was in the side that lost 2-0 to South Africa in Uyo in June 2017, coming on as replacement for Alex Iwobi in the 59th minute.
Read more here

Allnigeriasoccer.com can authoritatively reveal that former Nigeria U20 international Michael Olaitan has been dragged to a court in Jos, Plateau State by the architect managing the erection of his estates for not meeting his contractual obligations.

The architect is said to have built a new N400 million estate for Olaitan and there was disagreement regarding a N25 million commission Olaitan’s representatives were supposed to remit to the architect.

Changchun Yatai star Odion Ighalo is one of the most talked about strikers in the world at the moment after scoring five goals in the space of three days in the recent Africa Cup of Nations qualifiers against Libya.
Ighalo and the Super Eagles have been getting better and better with each game as they bid to qualify for their first Africa Cup of Nations since 2013 and currently top Group E of the qualifiers with nine points.
Read more here

Onyekuru’s club sit in first position, whilst the Bursaspor are in 14th spot and close to the relegation zone, but the forward has hit his team with a warning not to be too complacent.
“We have to be careful because there is still a very long way to go in the League,” he told Footballlive.ng.
Read more here

5. AFRICAN PLAYER OF THE YEAR OSHOALA INCLUDED IN NIGERIA SQUAD

Nigeria women’s national team head coach Thomas Dennerby has invited a total of 29 home-based and 19 overseas-based players for the first phase of camping of the Super Falcons.

The Super Falcons will compete in next month’s Africa Women’s Africa Cup of Nations taking place in Ghana.