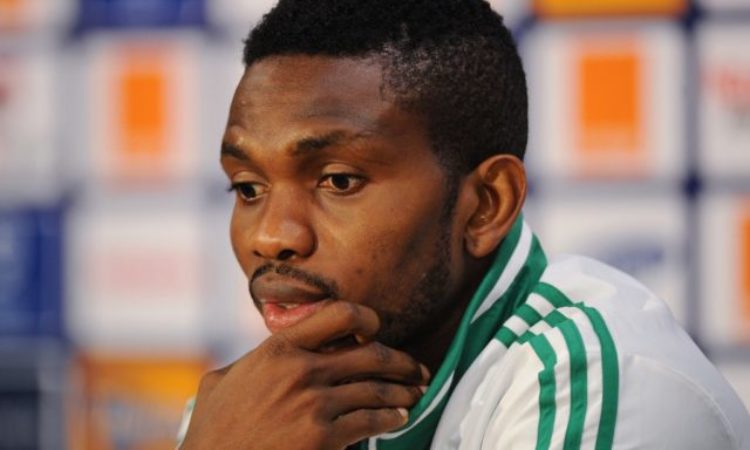 Although the Eagles escaped with a 1-1 draw and sealed an early ticket to AFCON 2019 IN Cameroon, footballlive.ng can report that Yobo was not happy with the manner in which the defenders gave away the hosts’ lone goal.

Yobo said as a pitch side analyst for the game at FNB Stadium, Johannesburg that the Eagles gave too much space to South Africa forward, Percy Tau and allowed him to shine in setting up the goal that helped Bafana Bafana equalize and force the draw.

The friendly against Uganda at Stephen Keshi Stadium, Asaba will kick off at 4:30pm, ahead of which tickets are already on sale at a range between N2,000 and N1,000.

The Eagles returned to their camp in Asaba on Sunday morning from South Africa after they sealed qualification to next year’s AFCON in Cameroon with Saturday’s draw.

3. Rohr: My Team Will Improve Before Cameroon 2019

A 1-1 draw away to South Africa on Saturday at FNB Stadium, Johannesburg ensured Nigeria booked an early ticket to Cameroon 2019, with a match to spare, and, while basking in the delight of the Eagles’ achievement, Rohr says better days lie ahead of the squad.

This, footballlive.ng can report, is the crux of Rohr’s message to Nigerians, as the Franco-German tactician is appealing for patience and trust from their fans.

Nigeria, who have won eight out of the ten editions of the championship, were beaten by an impressive individual strike from Thembi Kgatlana five minutes from time in Cape Coast.

Desire Oparanozie had come close for the defending champions in the first half who suffered only their second defeat to Banyana Banyana in more than two decades.

Allnigeriasoccer.com has been informed that Chelsea loanee Kenneth Omeruo will play no part in Tuesday afternoon’s friendly between the Super Eagles and Uganda that will hold at the Stephen Keshi Stadium in Asaba.
The CD Leganés central defender has been excused from the game for personal reasons.
Read more here
Post Views: 350