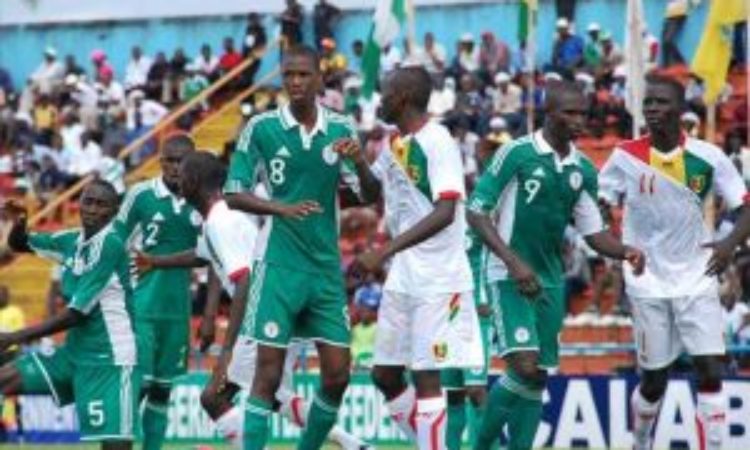 1. Akinwunmi Amoo Grab Goals To Put Him In The Eye Of Several Top European Clubs

Nigeria U-17 wonder kid, Akinwummi Amoo once again found the back of the net, this time with the equalising goal against long term rivals, Black Starlets of Ghana that helped send the game into a penalty shootout in which the Golden Eaglets triumphed

Amoo’s equalizer was the Striker third goal at the AFCON 2019 qualifiers after grabbing two goals in consecutively matches against Ivory Coast and Niger Republic in the previous rounds.

2. Rohr Reveals The Name Of One Striker He’s Planning To Recall For AFCON Qualifier

Super Eagles coach Gernot Rohr is planning to recall in-form Mainz frontman Anthony Ujah for next month’s 2019 Africa Cup of Nations double-header against Libya.
The former Bayern Munich defender has been forced to sit up and take notice after the Mainz number 20 scored in his second consecutive game playing as a substitute on Saturday.
Read more here

For the second time in the WAFU B Zone qualifiers, the Nigerian Eaglets fought from behind.

The sides played a goalless first half, but not devoid of action and excitement, however, the deadlock would not be broken until the restart of the second half.

Rayon Sports were held to a goalless draw on Sunday afternoon by Nigeria’s Enyimba in their first leg of the Total CAF Confederation Cup quarter-finals at the Kigali Stadium in Nyamirambo.

This now marks that Rayon Sports have to win or draw of goals away from home in the return leg which will be played on September, 23.

As the Amaju Melvin Pinnick-led executive committee of the Nigeria Football Federation (NFF) winds up at the fresh elections scheduled to hold in Katsina on Thursday, there appears to be fresh moves to scuttle the elections through court injunctions.

And if those opposed to the September 20 NFF board elections succeed in scuttling the gathering, Nigeria will not be too far from an immediate ban from FIFA.