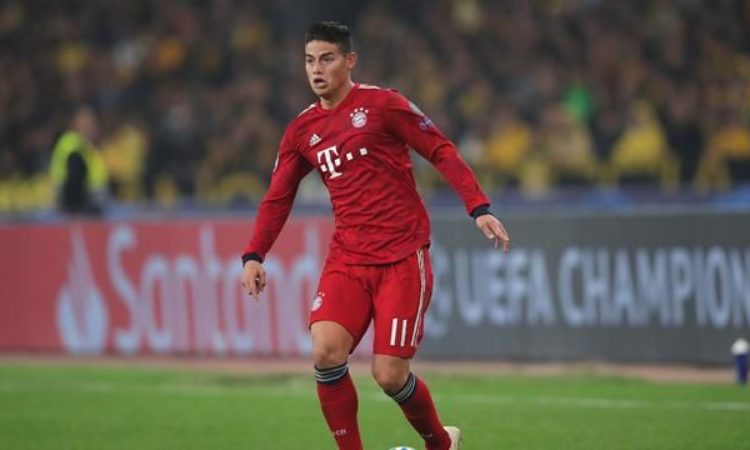 Manchester United have been reportedly linked with a move for Bayern Munich and Colombian midfielder James Rodriguez as Alexis Sanchez exit rumor thickens.

Alexis Sanchez has failed to live up to expectation since his big money move from the Emirates stadium earlier in the year. Sanchez was acquired back in January to bolster Manchester United attacking power as well as consolidate the clubs league ambitions but he failed to reciprocate his Arsenal form at the theatre of dreams it ultimately cost the Manchester club as the finished 12 points behind their neighbors. The current season has seen the Chilean international continue with his below par form as Manchester United looks far away from a top four finish.

Jose Mourinho has reported turned attention to James Rodriguez who is believed to be unsettled at Bayern Munich. James Rodriguez joined the Bavarian giants in the summer of 2017 but the current form of Bayern Munich which had seen Dortmund open up a seven point lead in the title race could force the Colombian international to depart the club.

The Sun report that Bayern have no decided they aren’t interested in making his loan move for Real Madrid permanent.

The Red Devils according to reports are willing to offload Alexis Sanchez to raise some money to acquire the player.