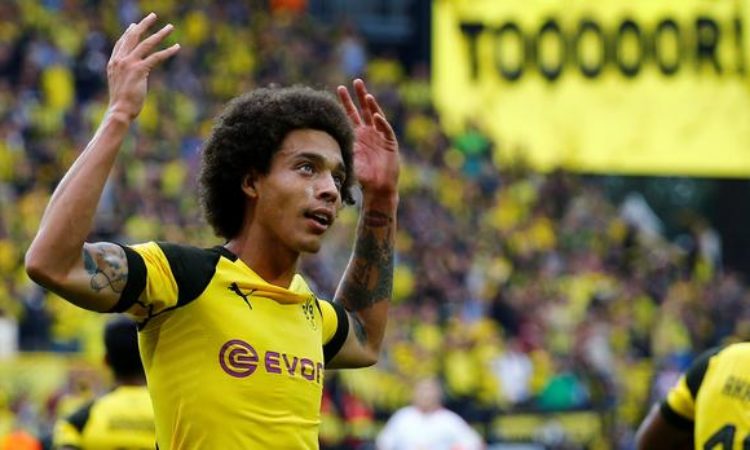 Manchester United has struggled in their season, with the club languishing in 7th position. The Red Devils currently sit 14 points adrift of league Manchester City and stands a danger of missing out on champion’s league football next season.

Mourinho understanding the problems of his team has taken a bold step in the chase for Belgium international Axel Witsel. The arrival of the Belgian midfielder to the Signa Iduna Park last summer has changed the fortunes of Borussia Dortmund with the side currently sitting top of the Bundesliga. Witsel arrived the Signa Iduna Park from Chinese side Tianjin Quanjin for a reported £18 million.

According to reports from ESPN, Jose Mourinho wants to make a U-turn for Witsel, after opting for Brazilian midfielder Fred last summer. Manchester United have struggled to get the right balance at the middle of the park despite acquiring Fred for £52 million from Shakter Donetsk, Mourinho is off the opinion that the 29yr old could bring that platform.

Axel Witsel has proven to be a stable platform for the German side since his arrival as he has built a stable midfield which has enabled Marco Reus, Sancho and Pablo Alcacier to dazzle in the Bundesliga.

The Belgian remains highly unlikely to leave the German side unless the Red Devils are willing to splash the cash.