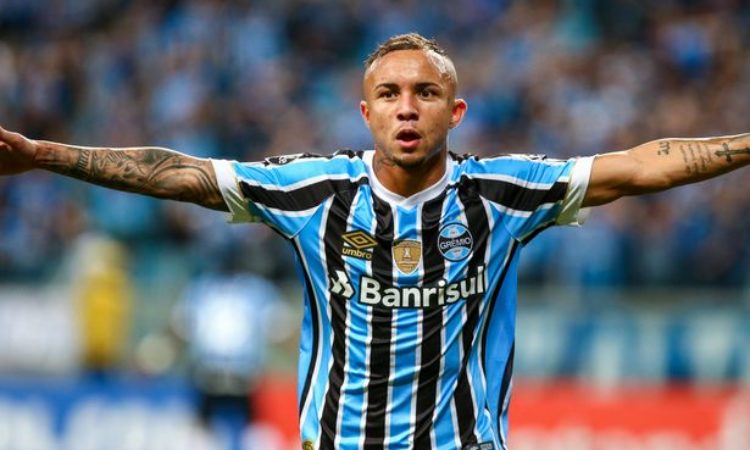 The Manchester club seemed contented with Belgian international Romelu Lukaku following an impressive debut season, but The Belgian international has failed to live up to expectation in the current football season, despite having huge wealth of experience playing in the England top flight division.

Red Devils management worried about Lukaku’s form has placed the 22yr old Brazilian forward on their wishlist ahead of the winter window.

ESPN reports that the Old Trafford club are scouting the player and eagerly awaits the start of next year to acquire the youngster.

The 22yr old could feature in any wing of attack though his choiced position is the left-wng or in the central of attacker, and is highly placed in the Brazil after breaking into the Selecao national team.

Soares recently extended his term of agreement with club side Gremio in a new deal that will keep him till 2022, and will come certainly not come cheap for Manchester United with reports emerging that his cash valuation could be in the region of £60 million.

Guardiola is believed to be an admirer of the youngster who has been linked with Manchester City.