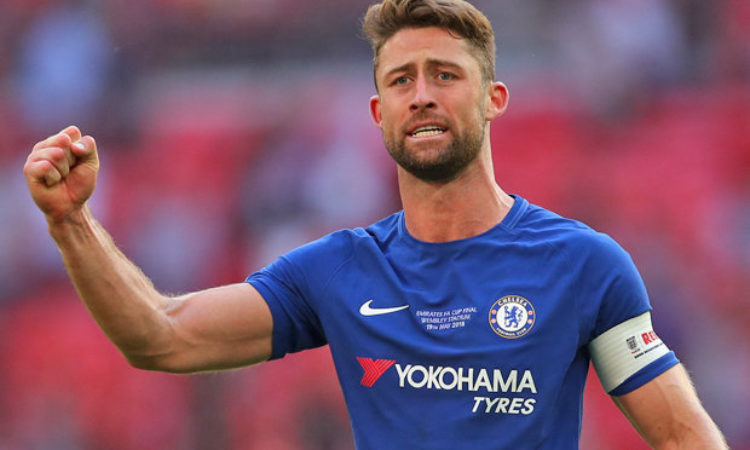 AC Milan according to report media are interested in landing English defender Garry Cahill from Chelsea in January, with Sporting director Leonardo Araujo pushing for the deal.

The former Bolton Wanderer’s defender has fallen down the pecking order at Chelsea since the arrival of Italian tactician Maurizio Sarri from Napoli last summer. The English central defender has featured for the Blues 6 times in all competition in the current season.

The player whose birthday is around the corner has a contract which will expire at the summer of 2019, with the likelihood of him departing on bosman terms.

According to Ill Milanista as reported by Corriere Dello Sport, The Rossoneri are keen on acquiring the central defender due to their current injury crises.

Centre-halves Alessio Romagnoli, Mateo Musacchio and Mattia Caldara are all out of action for the Rossoneri at the moment and as they chase a spot in the Champions League places head coach Gennaro Gattuso might have to look ahead to the winter transfer window for reinforcements.

Ill Milanista reports that Leonardo is of the opinion that Cahill would be the ideal signing for Milan, given his condition and the fact that he could probably be acquired for a cut-price fee, but it remains unclear whether or not Chelsea would approve such departure at season’s half-way point.

Milan current sit in fifth place with a point separating the side from fourth place Lazio, while 13 points gap from league leaders Juventus.