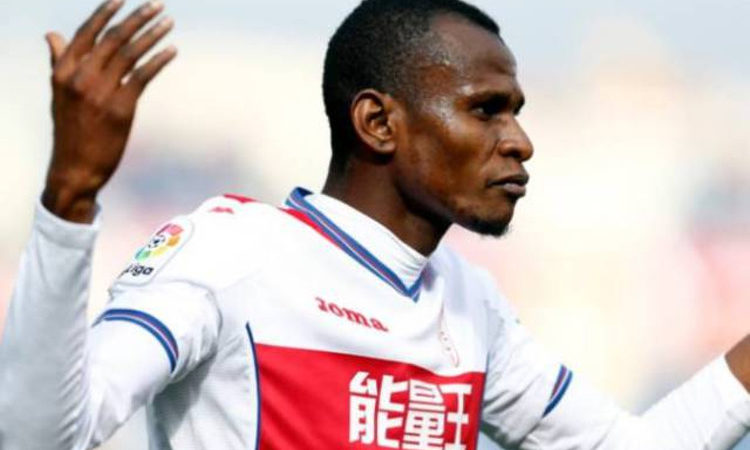 Former Super Eagle’s player Garba Lawal believes that introduction of Standard Liege midfielder Uche Agbo to the Nigerian team is imminent ahead of qualifying games. Lawal made the statement while reacting to the 24-man list released by Super Eagles coach Genort Rohr on Friday.

The Nigerian team lost their opening match against South Africa at Godswill Akpabio international stadium and must beat the Bafana-Bafana team when the meet in South Africa.

Lawal in his interview with Guardian yesterday stated that Agbo deserves a callup after his heroics with club side Standard Liege. He said: “This is a player that plays for his club, Standard Liege in the Belgian League week in, week out, yet he has never been given the opportunity to play for the Eagles each time he is invited”. “If Rohr is saying that he wants players who play regularly, then Agbo is one of them. I still do not understand why the young man hasn’t been given that chance, despite his form. As a coach, I think players are picked based on performance. Aside that, I do not know what Rohr is looking out for again,” he added.

Lawal, a member of the NFF technical committee lamented that he has been sidelined. He said: “Like every other person, we only get to hear or read about players called up for national assignment on the Internet, and this is without our input. I do not know Agbo from anywhere, but I got interested in the young man because of his exploits in a foreign club. This is part of my duty as a member of the committee- monitoring players anywhere in the world. “I know it is just a matter of time before Agbo will get that chance. At the World Cup qualifiers, he was invited but never tried. During friendly matches organized in preparation for the World Cup, he was also not given a chance for reasons best known to the Eagles’ handlers. “And now that Rohr has decided to invite only players who feature regularly for their clubs, again I wonder why invitation was not extended to him. I certainly believe his time will come. It is just a matter of time before Nigerians get to see what this young man has to offer,” he stated.