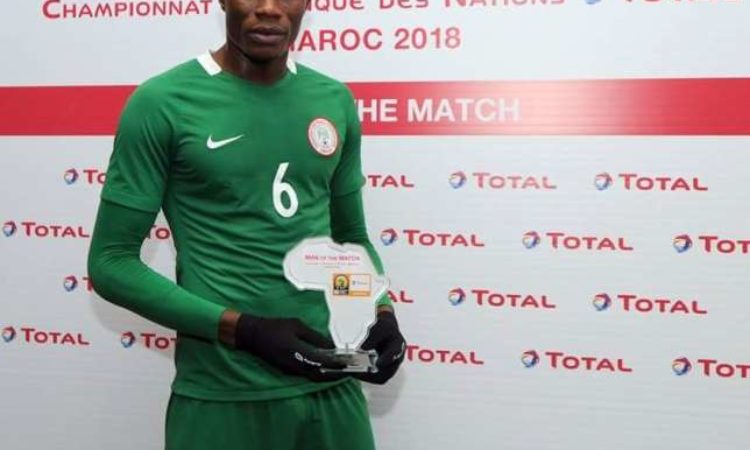 Nigeria U-20 team skipper, Ikouwem Udoh expressed delight as the Flying Eagles booked their spot in the 2019 African Youth tournament in Niger Republic.

The Flying eagles defeated away team Mauritania 5-0 in the reverse fixture of the final round of qualifiers in Lagos on Saturday. The Flying eagles prior to the game drew with the visiting team in the first leg of their encounter

Nazifi Yahaya bagged a hat-trick while Afeez Aremu and Wasiu Alaede also got their name on the score sheet to ensure that the Flying eagles make it to next year’s continental championship in Niger Republic.

Udoh in his post-match interview with Nigeria Football news expressed joy in the result while stating that the team had to work hard to get the victory after their 1-1 draw in the first leg. “We had no choice other than to beat Mauritania in Lagos after we played a draw in the first leg. I am excited that we did just that” Udoh told CSN.

“We did not have good game because of the wet pitch, but we got the job done”. “The first goal settled any fright we had because the Mauritanian team was a tough side”