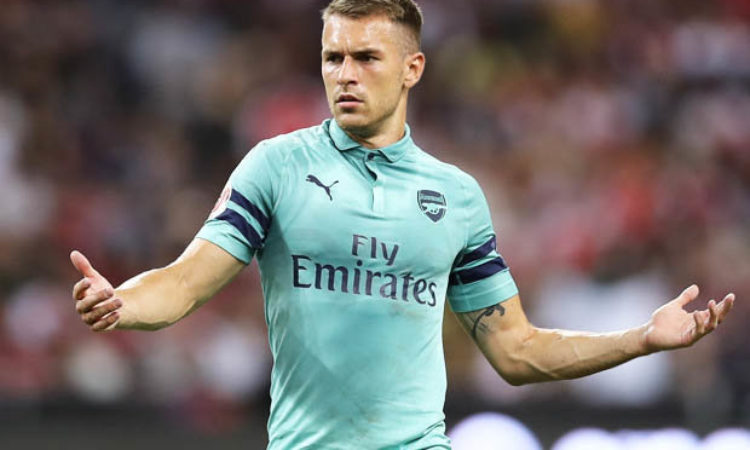 Ramsey was one of the Unai Emery’s unused substitutes in the clubs 6-5 penalty victory over local rivals Chelsea at Dublin on Wednesday night.

The Wales international who have been speculated with a possible move away from the club, was dropped on the bench and that attracted a lot of questions from the media.

Ramsey who remains one of the homegrown starts of the North London club has barely 12 months left in his arsenal contract and could be the latest homegrown star to depart the Emirates after Jack Wilshere earlier in the summer.

Unai Emery was able to play down such speculation by responding to the media. “I don’t know” was the statement of the former PSG boss when asked about the player’s contract status with the club. “This is one question for the club and player”. “I am very, very concentrated and my focus is thinking every day for the training, for the players”. “I am focused for the match on Saturdayagainst Lazio and then starting against Man City”. “Ramsey is with us, the contract is a question between the player and club”

The Gunner’s boss revealed that the player’s fitness as the reason for not featuring him in the game. “He had got a little pain in his muscles and we decided not to start him because it is maybe a big risk”. “But I am awaiting the medical analysis and I think it’s not a big problem”

Arsenal defeated Chelsea in their last action of the international champion’s cup on penalties after drawing 1-1 during normal regulation. Rudiger gave the blues the lead earlier in the first interval but Frenchman Alexandre Lacazette levelled for the gunners with virtually the last kick of the game. Arsenal play Lazio on Saturday.