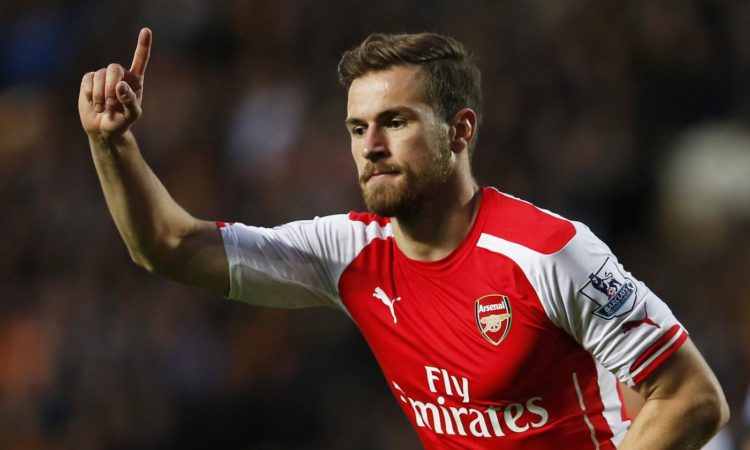 Uncertainty surrounds midfielder Aaron Ramsey at Arsenal, as the midfielder is yet to be given a new deal. The Gunner’s midfielder who is yet to extend his deal with London outfit, have been unease with the club’s recent chase of Sevilla midfielder Steven Nzonzi as well as Barcelona’s Andre Silva.

Arsenal seems determine to replace Jack Wilshere who left the club earlier in the summer, with either of the players. The players who are likely going to get a starting spot at the team, presents problem for the midfielder.

The 27yr old currently have a year left in his contract with Arsenal, and could likely depart as free agent if the North London clubs fails to extend his deal. The Arsenal’ midfielder did little to hide his frustration while responding to the media, during an interview on Wednesday afternoon. Ramsey claims that negotiations are ongoing, while stating that no resolution have been made between his agent and the club management.

Ramsey said “Talks are still ongoing, I’ve got nothing else to say about that,’ said Ramsey. ‘We’ll see what happens, my agent and the club are talking.’ Asked what his decision hinges on, Ramsey replied: ‘I’m not sure exactly. ‘I’m leaving that to them to discuss and figure out. ‘But we have to come to an agreement, that’s something that my agent and the club are discussing to try to get something done.’ Asked how soon his situation will be resolved, Ramsey replied: ‘I’m not sure exactly. ‘It’s taking a bit of time so far, so we’ll have to wait and see.”