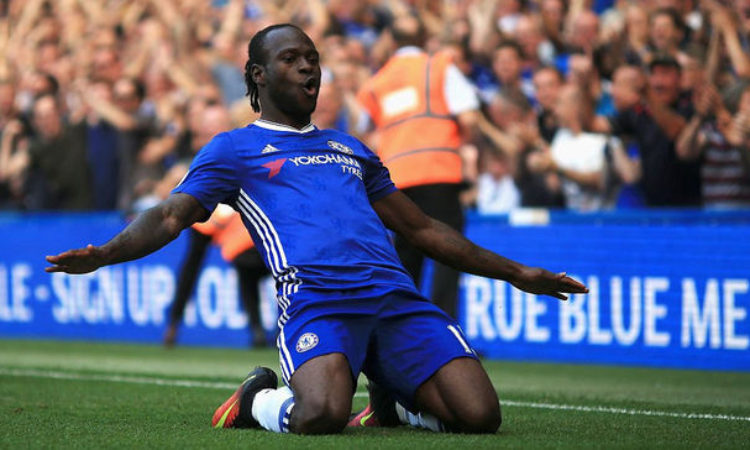 Maurizio Sarri ha revealed that the choice of club Victor Moses makes in the January window is not his duty.

The Nigerian footballer has been linked to a host of clubs with Fulham, Cardiff city and boyhood club Crystal Palace all topping the list but Sarri has continued to play ignorance of the developments.

Despite reports that Fulham are stepping up their bid to convince Moses and Danny Drinkwater to join Gary Cahill in a move across west London, Sarri says only those who are responsible can talk about it.

The former Wigan athletic forward was reportedly shown around Craven Cottage ahead of a proposed move, and it remains to be known the type of arrangement the Blues will have with their neighbor.

However, Sarri is not willing to throw comprehensive light onthe former Super Eagles star, who has dropped down The Blues’ pecking order.

The Nigerian used to be below Hazard, Willian and Pedro in the pecking order but recent event shows that teenager Hudson Odoi has overtaken him in the pecking order. Moses have lacked the playtime he enjoyed during the era of former Chelsea manager Antonio Conte.

Moses given his lack of football time has been tipped to depart the London club in the current window with Wolves, Cardiff city and Fulham as his likely destinations

However, Sarri prefers not to talk about Moses’ likely transfer, saying:”I don’t, know because I am not in charge of the market. You have to call the club and ask the man in charge. I don’t know.”