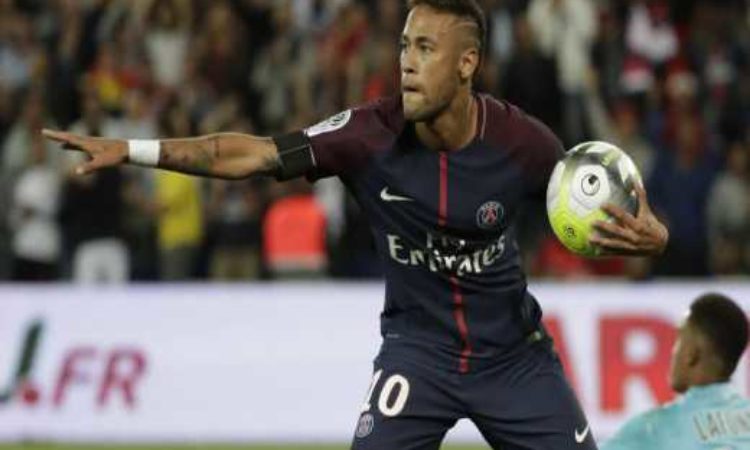 February 28, 20180
The Paris club champions league hopes was given a heavy blow as their star player was confirmed to have a cracked metatarsal.
Brazilian attacker Neymer faces a month on the sidelines with a foot and ankle injury which have ruled him out of action when PSG host Real Madrid and Parcs de Paris next week.
The player suffered an injury in the second half of their weekend game against Marseille in which the won 3-0. Neymer was pictured in tears after collision with Marseille’s Bouna Sarr with all signs pointing to an ankle injury. While preliminary test ruled out serious injuries, further examinations by the French club revealed that the Brazilian has fractured a metatarsal bone in his foot. The club did not provide the specific period of time he will be back but however confirmed that the player is ruled out of champion’s league reverse game against Real Madrid.
The Brazilian’s absence is a heavy blow for PSG as Unai Emery will have a huge task of progressing to the next round considering that the French team is trailing 3-1 already after the first leg of the fixture.Neymar has scored 29 goals in 30 games as well as 17 assist in the league since his world-record move from Barcelona in the summer prior to the injury. The Injury of the Brazilian is likely to force Unai Emery to deploy Julian Draxler or possibly Angel di Maria as the team will certainly go for an open and attacking football.
The PSG boss might be forced to tweak his formation in a bid to grind something out from the game. Neymer is not the only play on the sideline as Centre back Maquinho have joined the Brazilian. It will be interesting to watch the tactics Unai Emery will use next week.
Post Views: 259
Paris club champions league