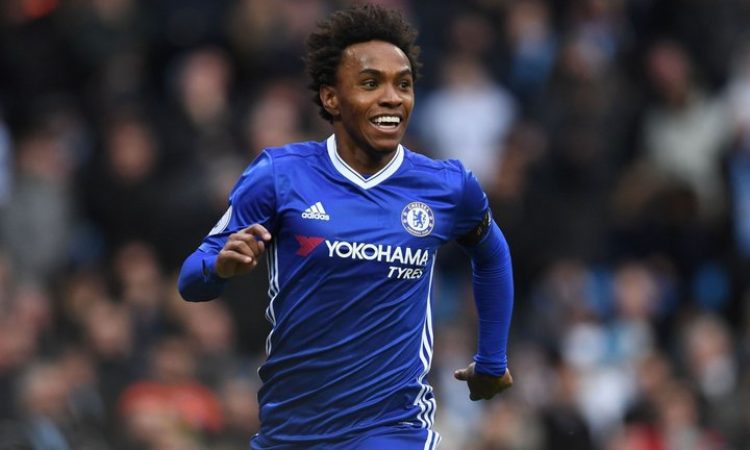 Willian to remain at the Chelsea, fit to play Man City

Maurizio Sarri confirmed on Friday, that the Brazilian attacker will remain at the club. Sarri during his press statement on Friday ahead of the Sunday’s community shield game against Manchester City, brought to an end the saga which have lasted for over a month as Chelsea supporters can dream now.

The Brazilian have been heavily linked with a move away from the London club with Manchester united or Barcelona a supposed location, The player also seemed to have a rift problem with the manager especially due to his delayed arrival to the bridge.

The delayed arrival was due to expired passport, but Chelsea boss Sarri confirmed that he had discussed with the player. Sarri said, “I spoke yesterday with him about his lateness. It was a very positive conversation so I’m happy about it. There is no Willian problem”.

Sarri also expressed confidence that former Sharkter Dontesk attacker will remain at the club, when as asked whether player could depart. Willian who missed the clubs pre-season tour against Arsenal, is unlikely to get the starting nod against City on Sunday but will be expected to be on the bench. The 29yr old however is expected to start Chelsea’s league opener against Hudderfield on 11th of August.