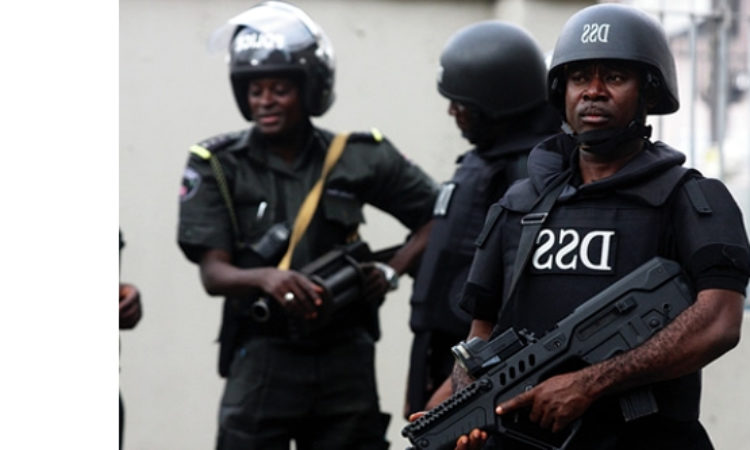 According to Nigerian News Agency, group representing retired and active footballers on Wednesday in Abuja beckoned on the Acting President to order the immediate withdrawal of Department State Service operatives from the premises of the Nigeria football federation.

The Group was led by Harrison Jalla former President of National association of Nigerian footballers as well as former Vice-President of the NFF Victor Baribote.

In the peaceful protest close to the gate leading to the secretariat, the group described the recent happening as the violation of the law.

“Nigeria is a creation of law, DSS should obey the laws of the land’’ and “FG, sack DSS Director of Operations’’ were the statement written on their placard as they protested. Other placards bore inscriptions such as “Osinbajo, direct the DSS to follow rule of law, our laws are being disobeyed’’ and “Tell DSS to obey rule of law’’.

In his interview with the Media, Jalla stated that the presence of DSS in the venue was a threat to the Nigerian constitution.

“There will be anarchy if by tomorrow (Thursday) they (DSS personnel) don’t leave here,’’ he said. “Nigeria is a sovereign nation, and it deserves a lot of respect. So, FIFA should be mindful of whatever directive it is giving.’’

Baribote responded that he was surprised that the DSS could be violating the laws of Nigeria that created it.

“It is shameful that a creation of law like the DSS is violating the law. It is supposed to comply with the order of the Supreme Court which is the highest court in Nigeria,” he said.