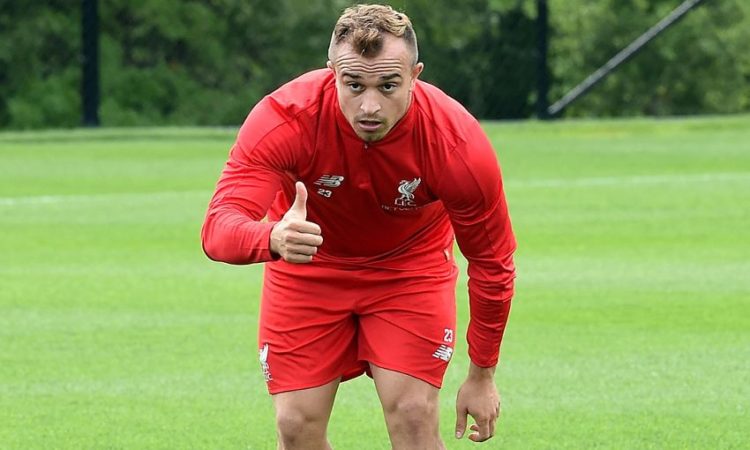 Xherdan Shaqiri seems to have gotten into Jurgen Kloop’s good book after scoring a bicycle kick stunner against Manchester united on Saturday night at Michigan. Jurgen Kloop in his post-match conference admitted that he was stunned with Swiss star’s master-class effort.

Shaqiri joined the Merseyside team on tour barely on Tuesday after been handed extensive break following world cup appearance with Switzerland. Shaqiri who replaced Mohammed Salah in the match against Manchester united impressed throughout the second interval before scoring the goal.

Shaqiri who began training on Wednesday have proven that he was match ready for the Reds. “That’s not normal after four days at the club, adapting well to the style of play” Kloop responded.

“We want to help him a little bit with the position so that it’s not too complicated, give him a lot of freedom, offensively playing natural, plus runs in behind, which is what he did, especially around the Sturridge goal”.

“For Shaq, in the moment he signed he wanted to stay immediately and train with us. I think it was a week after he finished the World cup, so I said No, no, no. Go!”

“He came back a few days ago and he was really excited. For him it was good moment in his career, having already had a real experience at Bayern, at Stoke and Inter”.

Liverpool flew back to England after the game and will start a pre-season camp in France on Monday. New signing Alisson Becker and fellow countryman Roberto Firminho will commence training with the club after their vacations.